In modern microservice environments, it's no longer enough to just collect telemetry; there must be actionable insights derived from this data compiled in real-time. Kevin demonstrates how modern organizations are capable of understanding the complexity of large cloud native environments using a combination of distributed tracing, metrics, and logging. Kevin is co-founder and acts as the principle SRE at Single Music. He will deliver a case study on how to manage over 30 micro services using observability and devops best practices. Single Music was responsible for delivering the digital content that helped the band "Tool" reach the billboard charts number 1 and helps countless other bands such as Lana Del Ray, RL Grime, T-Pain, bands power their marketing efforts and distribute their music digitally.

Kevin is a Developer Evangelist at Instana, an APM and container monitoring service provider and speaks internationally on topics including distributed computing, microservices, containers, monitoring, observability, tracing, logging, deployment automation, public speaking, alert fatigue and human ops. He is passionate about sharing knowledge and the experiences gained during his career as an application developer, team leader, and site reliability engineer. He has successful implemented Docker in production utilizing ECS, Docker Swarm/EE, and Kubernetes at multiple organizations over the past 4 years. When he’s not on an airplane Kevin enjoys cycling, camping, hockey and sightseeing. 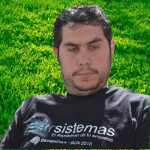