Join us for an Apache Kafka® meetup on Monday, September 16th from 7:00 pm to be held at TAG OSTIENSE. The address, agenda and speaker information can be found below.

Abstract:
Apache Kafka is a de facto standard streaming data processing platform, being widely deployed as a messaging system, and having a robust data integration framework (Kafka Connect) and stream processing API (Kafka Streams) to meet the needs that common attend real-time message processing. But there’s more!
KSQL is a declarative, SQL-like stream processing language that lets you easily define powerful stream-processing applications. What once took some moderately sophisticated Java code can now be done at the command line with a familiar and eminently approachable syntax.
Filtering one stream of data into another, creating derived columns, even joining two topics together—it's all possible with KSQL. Come to this talk for a thorough overview of KSQL. There'll be plenty of live coding on streaming data to illustrate clearly KSQL's awesome power!

Bio:
Robin is a Developer Advocate at Confluent, as well as an Oracle Groundbreaker Ambassador. His career has always involved data, from the old worlds of COBOL and DB2, through the worlds of Oracle and Hadoop, and into the current world with Kafka. His particular interests are analytics, systems architecture, performance testing and optimization. He blogs at http://cnfl.io/rmoff and http://rmoff.net/ and can be found tweeting grumpy geek thoughts as https://twitter.com/rmoff. Outside of work he enjoys drinking good beer and eating fried breakfasts, although generally not at the same time.

We are able to offer you a 25% discount on the standard priced ticket for Kafka Summit San Francisco (September 30th & October 1st). 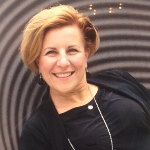